Test Drop 4
SpaceChute was dropped from a small plane at 5,000 ft.  It was programmed to steer towards a target location in the middle of a farmer's field.  As you can see from the image below, after the chute deployed, it turned itself towards the target and navigated through the winds until it was over the target.  After passing the target, SpaceChute turned itself around to begin circling the target.

With Test Drop 5, SpaceChute was to be carried to 35,000 feet before releasing the balloon and deploying the main chute.  However, due to icing on the exterior of the capsule, the release mechanism jammed and SpaceChute ascended to 88,000 feet.  Nice images of the Minnesota River Valley were captured, but the release mechanism need to be re-designed.

Test Drop 6
Test Drop 6's goal was to test the new release mechanism and to repeat test drop 5.  Due to higher winds aloft, the drop was limited to 17,000 feet instead of 35,000 feet.  A short video of the launch can be seen here:
Test Drop 6 Video 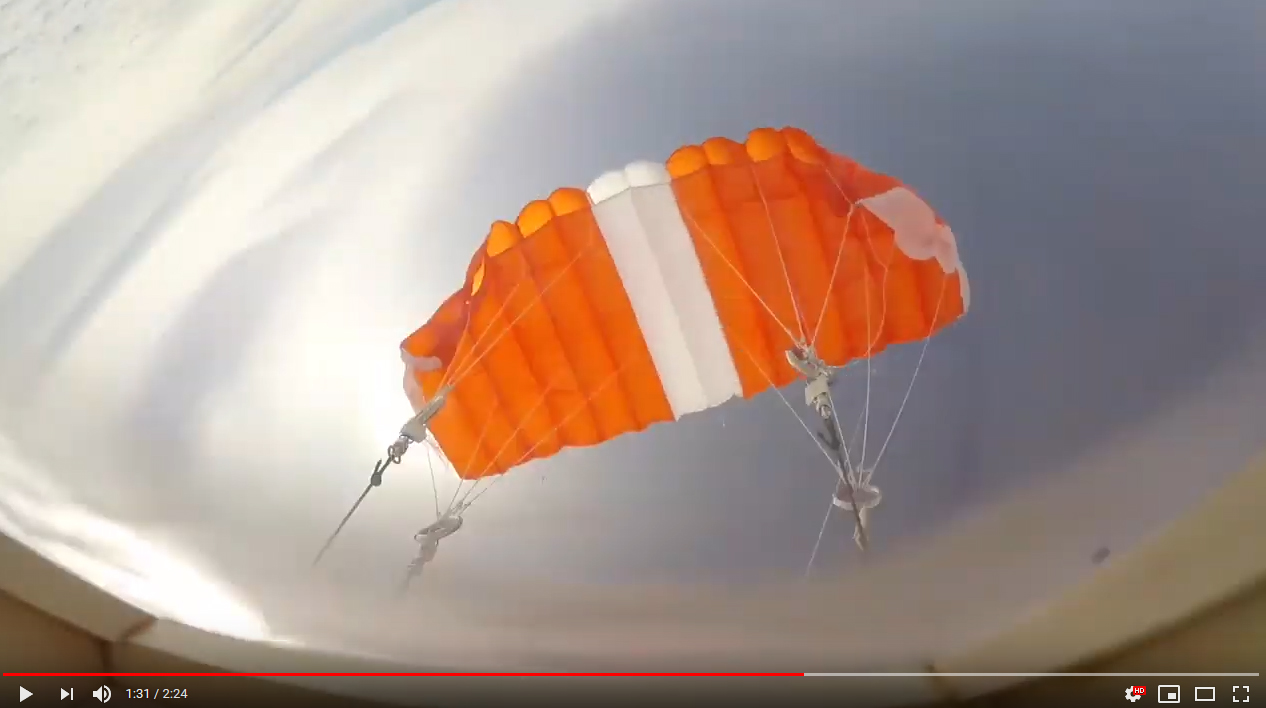